Weblizar Blog - Update yourself with all the latest tech news revolving around wordpress all at one place What Are HTTP Headers?-Weblizar Premium WordPress Themes
Themes ($79) + Plugins ($59) = All Products Bundles ($99)
Grab it Now
HOT DEAL : 36+ WordPress Themes & Plugins Bundle with Lifetime Update & Uses Only $99 For more Detail to Click Here

What Are HTTP Headers? 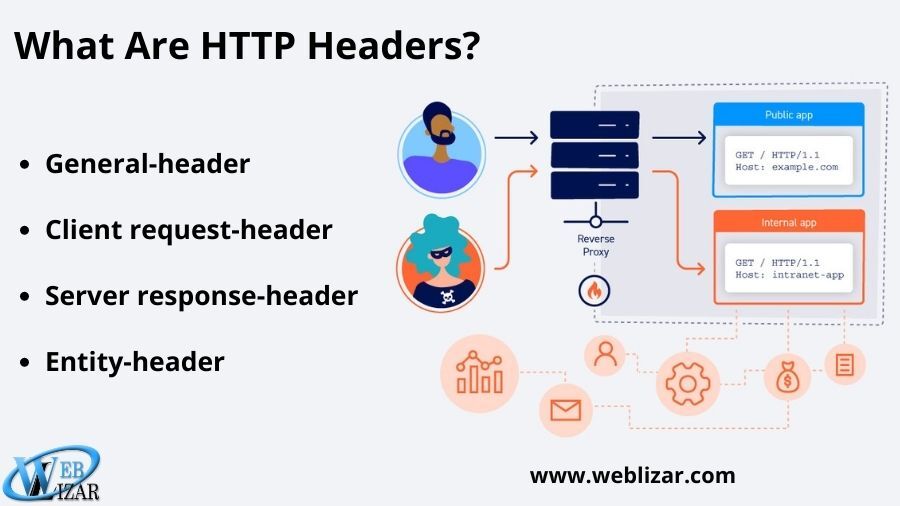 Take a moment to look at the address bar of your browser. Do you see that “HTTPS://” before the actual website address starts? The Internet, as we know it, is built around HTTP, and the HTTP header referer plays a vital role in it. It’s everywhere on the web and part of every client-to-server and server-to-server communication.  You should know that HTTPheader referer is only one type of HTTP headers. Today we are going to take a closer look at HTTP headers, see what they are used for, and how they can improve web scraping. Let’s start with a simple definition so you can quickly jump the train.

First of all, HTTP stands for “Hypertext Transfer Protocol”. Simply put, it’s the protocol that the World Wide Web runs on. The text you are reading at the moment has arrived at your computer over HTTP. Every time you try to open a web page, your browser sends dozens of HTTP requests – every request is followed by an HTTP response, and the data shows up on your screen. HTTP headers are an important part of HTTP-based communication, as they are found in both HTTP requests and responses. They contain information about your browser, the web page you are trying to access, and the server. You should also know that HTTP requests and responses don’t only follow you trying to access articles online. They are sent and received for most online content, including JavaScript files, images, CSS, and others. You can find more information about HTTP headers on the Oxylabs website.

The user-agent HTTP header communicates to the server what browser and operating system you are using. It also contains information about the software version and tells the server which HTML layout to send to you (PC, mobile, or tablet).

The Accept-Language header tells the server which language you understand, indicating your preferred language so that a web server can send you relevant content.

HTTP header referrer contains the information about the last web page address you’ve visited before sending an HTTP request. What are They Used for? HTTP headers, including the HTTP header referer, are used by the client and web server. They use them to pass valuable information with an HTTP request and response. Most often, web browsers and web servers insert HTTP header messages automatically. However, sometimes you might want to manually add headers to achieve your goals. For instance, you can add HTTP headers to imitate organic traffic, format headers according to a specific web server format requirements, or enable or disable compression algorithms.

You are probably aware that using proxies such as residential proxy and the rotating proxy can help you run an ongoing web scraping operation while avoiding blocks, and you can have other benefits for using any service provider. Anyway, the best way to scrape the web in a matter of minutes and come back with the information is to use a proxy server. Proxy, it’s like a getaway between server and device. According to experts from Smartproxy, it depends on what type of proxy you choose, but some proxies change your IP address and protect your identity; others authenticate users on Wi-Fi. While proxies play an important role in any web scraping operation, you can further optimize it to avoid blocks via HTTP headers.  Also, you can save your sensitive information such as an IP address, your location, or your internet service provider name. If you want to protect yourself from hacking or malware or prevent sites from going down because of a large number of incoming requests and always be sure that the traffic is legit, you can use an HTTP proxy. Optimizing each type of HTTP request header can help you bypass anti-scraping measures and complete every web scraping session without any hiccups. Optimizing User-Agent is vital for the success of any web scraping operation.

If a scaring bot sends multiple requests with identical User-Agent, it will raise red flags, so using different User-Agent messages will help you bots appear as human agents.  Setting the Accept-Language so that it’s relevant to the IP location where the requests originate will also appear organic to web servers. If you don’t do it, web servers can suspect bot-like activity and block the scraping process. Optimizing the Accept-Encoding request header can speed up the scraping process because the server will be able to send compressed data, thus reducing the load of traffic. Properly configuring HTTP header referer is also important. You can set a random website before launching a scraping operation so that your bots appear as average human users. You should configure the HTTP header referrer before every such operation to avoid getting blocked or banned.

As you can see, HTTP headers are the bread and butter of communication between clients and servers. Using and optimizing each type of header will benefit your web scraping operation. Do it consistently, and you’ll be able to slip under the anti-scraping mechanisms most web servers have in place.

I am a web developer and this information reminds me of my college days. Thanks for sharing this basic yet useful information.