Weblizar Blog - Update yourself with all the latest tech news revolving around wordpress all at one place AWS – Interesting Facts and Timelines
Themes ($79) + Plugins ($59) = All Products Bundles ($99)
Grab it Now
HOT DEAL : 36+ WordPress Themes & Plugins Bundle with Lifetime Update & Uses Only $99 For more Detail to Click Here 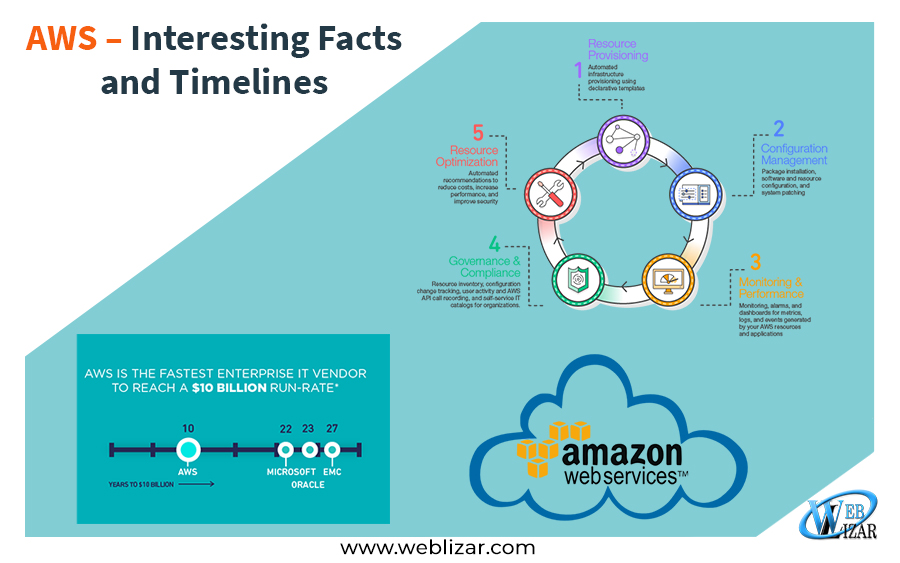 AWS stands for Amazon Web Services and it is described by Wikipedia this way: “Amazon Web Services is a subsidiary of Amazon.com that provides on-demand cloud computing platforms to individuals, companies and governments, on a paid subscription basis. The technology allows subscribers to have at their disposal a virtual cluster of computers, available all the time, through the Internet”.

What this helps us understand is that AWS is a platform that helps solve internet and networking issues for people. Individuals, businesses, nonprofit organizations and governments can create quality websites and web applications with the cloud solutions it provides.

Some Interesting Facts About AWS

The geeks from the Hosting Tribunal have collected so many interesting facts about AWS, but time would fail us to share all. Let’s just share two or three of these facts:

AWS has come a long way since it was launched. We would just give you a brief summary of some of the milestones.

If you have need for website hosting, it may interest you to know that AWS provides the following:

The simple web site hosting is ideal for websites built on commonly known and recognized applications. Static website hosting is most appropriate for customers who are not interested in managing infrastructure and expect occasional high traffic.  Enterprise Web Hosting is ideal for customers who need absolute control and adaptability for their web server configuration and administration.

Informative blog! Thanks for sharing such info.

This post is really helpful and you always provide the best information. Thanks for sharing with us.