Weblizar Blog - Update yourself with all the latest tech news revolving around wordpress all at one place What is Powerline Networking And How You Can Benefit From It
Themes ($79) + Plugins ($59) = All Products Bundles ($99)
Grab it Now
HOT DEAL : 36+ WordPress Themes & Plugins Bundle with Lifetime Update & Uses Only $99 For more Detail to Click Here

What is Powerline Networking And How You Can Benefit From It 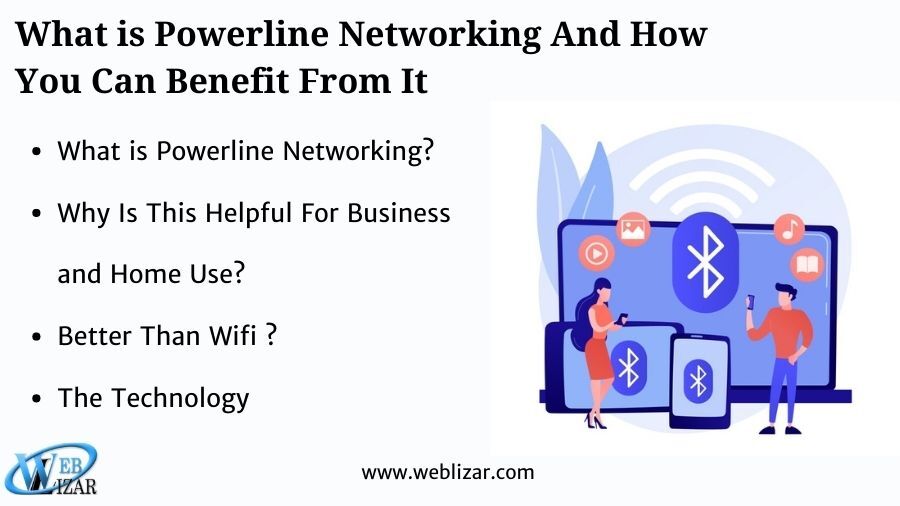 For both business and personal activities the speed and efficiency of our internet are critical. We are living in a world that is more connected than ever before and this is why powerline networking is essential to delivering this level of connectivity. Within the business world especially we rely so heavily on the internet and Wi-Fi speeds must be fast and consistent in order for companies to be performing at their best. Slow-moving Wi-Fi is more than just frustrating, it can also cost time, and most importantly money. Thanks to powerline networking and the power line design software that goes along with it, businesses are able to make sure that slow connections are a thing of the past, giving them one less thing to worry about in their daily operations. Here are how powerline networking functions and what benefits it is able to offer.

What is Powerline Networking?

The best way to describe powerline networking is that it is a technology that utilizes the benefits of both wired and wireless connections. This technology actually uses wiring which already exists within the home or the office in order to deliver fast internet speeds and a reliable network. The performance of this technology is dependent on the quality of the electrical wiring on-site, and on the ability of the device which is being used. We already see this kind of technology used in the likes of DSL (Digital Subscriber Line) which uses phone wire to bring the internet into the home or into the office. Powerline networking however will use the existing electrical system, transferring 50 and 60Hz connections to transfer data.

Instead of using a huge array of ethernet cables to bring fast data transfer, which increases wifi speed, the use of existed electrical wire makes things easier and more efficient.

Using two adaptors that feature ethernet ports, powerline networking tethers to a modem in the office or home, which is attached to an electrical connection. Once connected to the web through the router, the signal is then broadcasted across electrical wiring to the required device, which is usually a homeplug.

Why Is This Helpful For Business and Home Use?

The main reason why powerline networking is useful is that it is very easy to install, especially when you have items that require a wired connection. One example at home would be a television which can be connected to the internet, even if it lacks Wi-Fi capability. The last thing that anyone wants to do is install lengthy wires between the TV and the router, and so a simple pair of adaptors will ensure that you can begin streaming online content with ease.

Another benefit of this, for both home and office use, is that Wi-Fi doesn’t always offer full coverage on-site. If there are dark spots in the office for example then you have to rearrange the way that people work, and you are essentially a slave to the coverage of your Wi-Fi. With powerline networking, however, you can maximize the web coverage in the office and home so that work can be done from all corners of the space.

There are no technical skills that are needed for the setup of powerline networking which is yet another benefit that should be considered. Conversely installing lengthy cables, ripping out skirting boards, and then connecting everything together does need much more by way of skill and know-how.

Powerline networking works best when it is used on a smaller scale. If you have to buy multiple adaptors for many areas of the home or the office then a Wi-Fi network will be at a lower cost and easier option. If however there are some spots in the office or home or one or two devices which require support, powerline networking is by far and away the smarter, and cheaper option to consider. Powerline can be used for distances of up to 980 feet, but adaptors connect in a straight line which limits the way in which they can be set up on multiple floors, or when there are walls in the way. Powerline networking is better than wifi in some situations, but not always.

Wireless communication is the future