Weblizar Blog - Update yourself with all the latest tech news revolving around wordpress all at one place Why Do Small Businesses Ignore the Importance of Cyber Security? - Weblizar Blog
Themes ($79) + Plugins ($59) = All Products Bundles ($99)
Grab it Now
HOT DEAL : 36+ WordPress Themes & Plugins Bundle with Lifetime Update & Uses Only $99 For more Detail to Click Here

Why Do Small Businesses Ignore the Importance of Cyber Security? 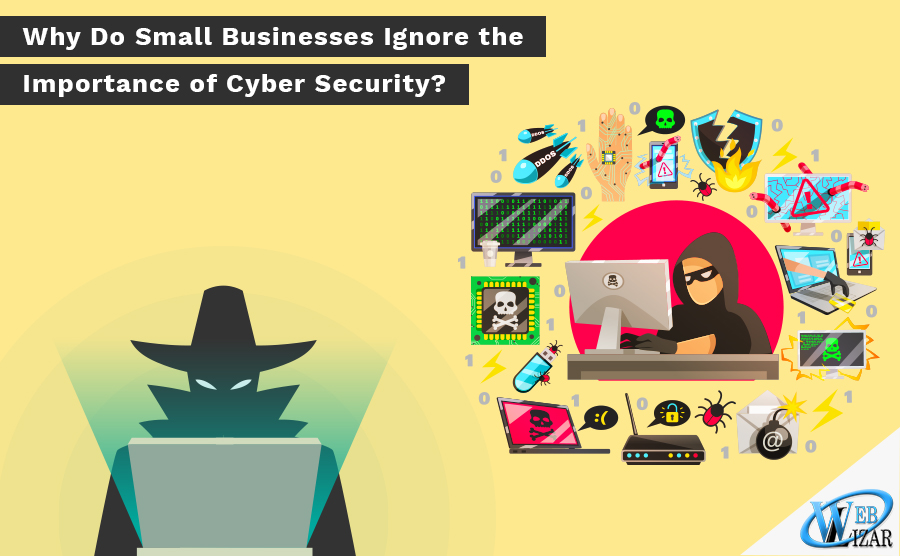 Cybersecurity has become more important than ever. Given how much of our world relies on data, it makes sense that more and more cybercriminals attempt to use it as leverage. As a response, cybersecurity has been on the rise to combat this worsening situation.

And the situation has grown dire indeed: in 2018, almost 300 records were compromised every second. Attacks can cost a company millions of dollars, or forever tarnish their reputation. Even worse, there are so many different ways for a hacker to attack: phishing, ransomware, spyware — the list goes on.

Seeing how many hacks happen and how devastating they can be, you’d expect businesses left and right to be throwing money at their security in an effort to fortify themselves against the looming cyber menace.

While a lot of businesses and organizations do prioritize security, it turns out that there are quite a few that don’t pay it the attention it deserves. As an example, you can see in 2019’s Cyber Security Breaches Survey conducted in the UK that about a quarter of charities and businesses don’t consider cybersecurity an important issue for them. Granted, that’s an improvement from last year’s figures, but it’s still a worryingly high number.

So what’s the reason behind such a lax attitude about cyber security? There are a lot of complicated threads to this tangled yarn, but the gist can be boiled down to two excuses that you’ve most likely heard more than once.

“It won’t happen to us, we’re too small a target!”

Out of all cybersecurity misconceptions out there, this one has to be the most dangerous. One of the more common lines of thinking goes like this: any time a cyber attack is talked about enough for us to hear about it, it’s an attack on a massive enterprise. Just look at what happened to Yahoo in 2013 that hit the news big time. So because only these kinds of attacks get reported on, that must mean only big companies get attacked.

Beyond this mindset, many business owners believe that they don’t have any data that hackers are interested in. They’re just a small time, after all. They aren’t where the real meat is. What’s a hacker going to do with their measly data records?

Little do these businesses know that the opposite is true: the vast majority of cyber attacks happen to small organizations. The fact is that hackers tend to go for smaller targets since their defenses are easier to penetrate. The reason for this leads us to the other all-too-common sentiment you hear when discussing cybersecurity.

“It costs too much to beef up our security!”

In defense of those with this opinion, budgetary restraints are a far more legitimate reason to forego cybersecurity than the idea that just because you’re small, you won’t get hacked. Running a business involves making a lot of tough decisions, especially if running on a tight budget. As a consequence, a business owner has to prioritize certain aspects of it over others, and cyber security often gets the short end of the stick in this case.

In order to protect your business from cyber breaches, you have to expend a lot of resources. More likely than not, a minor business doesn’t have the money to either implement proper security measures or provide quality training, making them soft enough for hackers to sink their teeth into.

No funding means low preparedness, which means high vulnerability, which means becoming a likely target. And a hack will only take out more cash out of a business, creating a self-feeding loop of monetary depletion. Massive corporations can afford extensive protection, so this problem is unique to small establishments.

So what is the solution to this ignorance of how vulnerable small businesses are?

Awareness of the severity of the issue is a very large part of it. Luckily, awareness of the risks of cyber attacks is on the rise, so we can expect better protection in the future. As things stand now, however, many businesses are wide open to hacks without even knowing it.

Another way to combat cyberattacks is to take security more seriously and allocate more assets to its development within your business. Sure, it will cost you a bit. But preventing attacks from taking place will cost far less than coping with one being carried out successfully. Provide security awareness training for your staff, implement the use of password managers, and keep your software updated, among other things.

The perils of cyber attacks have never been greater, and organizations can no longer afford to take them as lightly as they have up to this point (or still do). With the number of hacks constantly growing. The only answer to the threat is to wise up and take steps to ensure the safety of our data.