Weblizar Blog - Update yourself with all the latest tech news revolving around wordpress all at one place AVG Secure vpn uses against cyber threats-weblizar
Themes ($79) + Plugins ($59) = All Products Bundles ($99)
Grab it Now
HOT DEAL : 36+ WordPress Themes & Plugins Bundle with Lifetime Update & Uses Only $99 For more Detail to Click Here 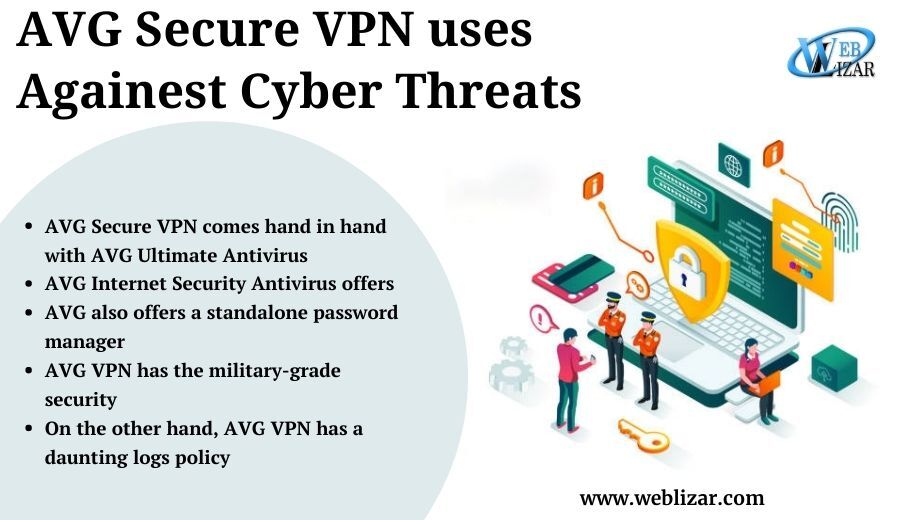 In times when digital security is more essential than ever, we search for products that can grant us the best deals, in addition to maximum security to keep us safe. Unfortunately, cybercrime has been on the rise since the pandemic hit our world; according to statistics, ransomware being the most prominent. The numbers say it all. ABC News reports that malicious emails are up to 600% due to COVID-19, and the average ransom fee, the National Security Institute mentions, had increased from $5,000 in 2018 to around $200,000 in 2020.

If these numbers got you a little troubled, you need not worry. Cybersecurity has been on the front lines doubling its defenses. Nevertheless, the question that needs answering remains, how would you protect yourself from such attacks? If you are an individual or a business seeking to protect your data from cyberattacks, several.comhas reviewed the best antivirus and VPN software out there that will keep you well guarded. Plus, you will find great products and deals that provide both an AV and a VPN if you know where to look.

AVG Secure VPN comes hand in hand with AVG Ultimate Antivirus, or as a standalone product, you can purchase separately. AVG has been protecting its users since its launch in 1992 and has acquired more than 200 million active users worldwide. AVG Internet Security Antivirus offers some of the best protective measures to keep you from falling victim to a cybercrime, be it ransomware, malware or phishing. Real-time updates, CyberCapture and Behavior Shield, are the trinity that will keep you protected at all times, as malware and virus definitions are updated on the regular.

AVG also offers a standalone password manager that keeps your passwords encrypted and off-target to any cyberattack. Moreover, their safe online banking feature prevents any attempts to steal your data while performing online transactions. Finally, as a bonus feature, AVG redirects its users to the real site in case they stumble upon fake ones that would steal their information. AVG VPN has the military-grade security top VPNs provide, so your internet safety is doubled alongside their Internet Security Anti-virus. Additionally, AVG Secure VPN is based in Czechoslovakia, which is outside the 5/9/14 Eyes Alliance. This means user data cannot be shared with the government if it is ever requested.

On the other hand, AVG VPN has a daunting logs policy, as they store logs for 30 days before being wiped. These logs include data on your IP address, connections, bandwidth, and timestamps. However, in their defense, these logs are considered necessary to maintain some of its VPN functions. Therefore, their transparency about the matter is virtuous, as no complications have arisen regarding it. Other positive points for AVG VPN include its good streaming capabilities. For example, there are some optimized servers dedicated to streaming that would unblock Netflix US and the BBC iPlayer. There are also specialized servers for using torrents via P2P networks, probably the second most sought-after feature after streaming and geo-unblocking.

Overall, AVG is a great pick to keep you protected from cyber threats with their Internet Security Anti-virus and a good one to keep your IP address masked while surfing the corners of the web.