Everything You Need to Know About Server Monitoring 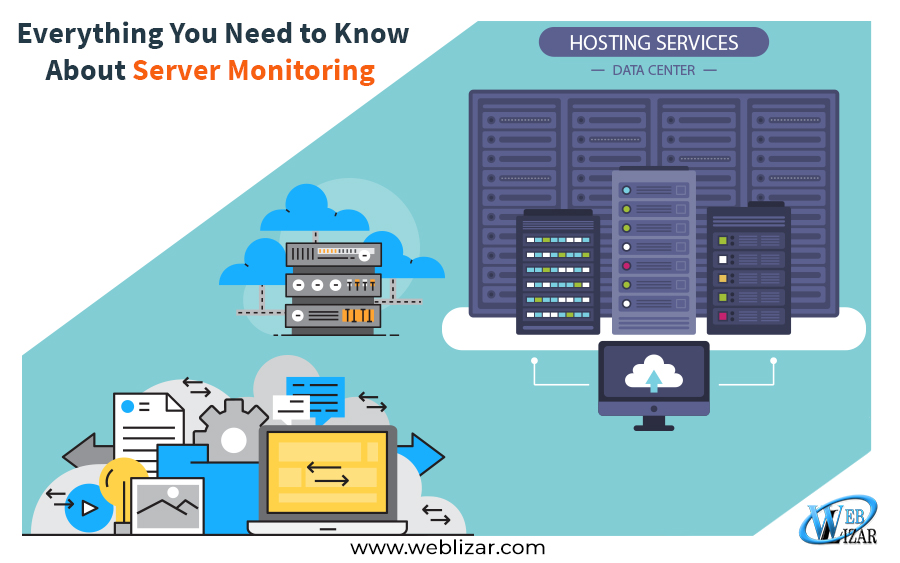 You’ve just got your first job as a server administrator, and you have no idea what you should be considered when it comes to server performance monitoring. The truth is that there isn’t a hard-and-fast answer to this question. It depends on a number of things, such as the application running on the server. Depending on what that application is, there are many services critical to the app that you will have to watch around the clock. Some other services need to use some of the operating system’s (OS’s) built-in applications when they’re running while other apps have everything they need on board. All the same, whatever kind of application you’re running, there are some things that have to be monitored, and that’s what we’re going to look at today.

The central processing unit (CPU) is the brains of the computer and because, it is also a computer, the server. The CPU is the part of the system that runs your programs by carrying out the instructions on them. It will perform the basic input/output, logical and arithmetical operations on the server system. You don’t want your server to be utilizing the CPU at 100 percent for more than a few seconds at a time, which can be disastrous. It means there is no space for some additional requests to come through because all the CPU’s power is in use. Some of those additional requests being blocked could be mission critical.

There could be a whole host of possible things causing the spike in CPU usage and, depending on what it is, you may have to add more CPUs, upgrade your CPU hardware or shut down superficial services that are using too many of the system’s resources.

To be entirely fair, there isn’t a magic number we can use for the proper percentage at which CPU usage should be. This all depends on the kind of application you’re running on the server. However, as a tentative rule of thumb, you should be worried if your CPU’s usage is running consistently at 75 percent or higher.

RAM stands for random access memory and is a kind of storage for data. A server can take some of the vital information that applications need to run and load them into the RAM so that it can be accessed faster. This makes the application run much fast and improves its performance. This works the way it does because RAM is a kind of flash-based storage, which means it runs much faster than a hard disk that depends on physical moving components to store data.

If your server doesn’t have RAM because it has already used up whatever it has, it’s going to take a chunk of space on the hard drive and turn it into virtual memory. That space is reserved for use by the CPU. This is known as swapping and causes the performance of your applications to degrade because the hard drive is a much slower storage form than RAM. Your system files also get fragmented as a result of swapping, which degrades the performance of the server further. If your server is using an increasing amount of the available RAM, then you need to get more RAM. It will certainly, help the server perform better.

This is where data is stored. The hard disk has many rotating disks that are coated with a magnetic material. They also have magnetic heads that are arranged in a special way to read and write data from and to the disk.

The data stored in the hard disk is permanent and stays on the hard disk until you erase it. You should monitor it for a variety of reasons. For starters, the OS needs hard disk space for its routine processes, such as caching and paging files. Your application also needs space on the hard disk where it will write the data it needs to cache and store permanent user-accessible data. When you run low on hard disk space, then your file system is likely to be fragmented, which could affect your performance.

There are other hardware components that need constant monitoring:

Overall, it’s important to monitor the health of your server to understand what is going on behind the scenes. That way, you get to run a better app and, ultimately, better service for your customers.