Weblizar Blog - Update yourself with all the latest tech news revolving around wordpress all at one place How to Register as an iOS Developer - DIY Tips - Weblizar Blog
Themes ($79) + Plugins ($59) = All Products Bundles ($99)
Grab it Now
HOT DEAL : 36+ WordPress Themes & Plugins Bundle with Lifetime Update & Uses Only $99 For more Detail to Click Here

How to Register as an iOS Developer – DIY Tips 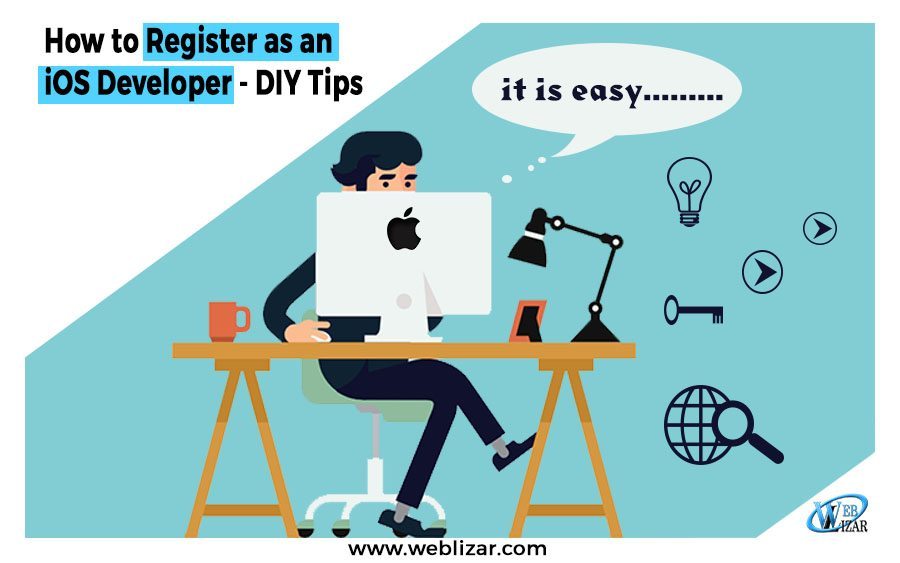 iOS, which was last called iPhone OS is a mobile operating system developed by Apple Inc. Its first release was in 2007, which included iPhone and iPod Touch. iPad (1st Generation) was released in April 2010 and iPad Mini was released in November 2012.

The iOS SDK has evolved from 1.0 to 6.0. iOS 6.0, the latest SDK is the only officially supported version in Xcode 4.5 and higher. We have a rich Apple documentation and we can find which methods and libraries can be used based on our deployment target. In the current version of Xcode, we’ll be able to choose between deployment targets of iOS 4.3, 5.0 and 6.0.

What is The Rule for Putting An App at Appstore?

At present user is increased of iPhone/iPad is a great deal. This creates the opportunity for developers to make money by creating applications for iPhone and iPad the Apple’s App Store.

If an iOS developer is new to iOS, Apple has designed an application store where the user can buy apps developed for their iOS devices. A developer can create both free and paid apps to App Store. To develop applications and distribute to the store, the developer will require registering with iOS developer program which costs $99 a year and a Mac with Mountain Lion or higher for its development with latest Xcode.

Registering as an Apple Developer

An Apple ID is most required if you are having any Apple device and being a developer, you definitely need it. It’s free and hence, no issues in having one.  If you have an Apple account you can get more features –

Step 2 –  Fill all essential information, which is given on the page.

Step 4 – Now you will be able to download the developer tools like Xcode, which is packaged with iOS simulator and iOS SDK, and other developer resources.

Suggested Post: How to Create Virtual Device on Android Studio

In today’s blog, we discuss steps and process of registering with Apple as a Developer.

And since you should know source control by this point, you should use it while you build your own app. You’ll have a much better idea of what files should be ignored and which ones shouldn’t if you’ve actually used source control on an iOS project.

In the next post when we take a look at taking the next big step in our iOS Developer program, one that is critical if you want to run your apps on a physical device such as an iPhone, iPad or iPad Mini or distribute your apps via the App Store. Stay connected with weblizar.