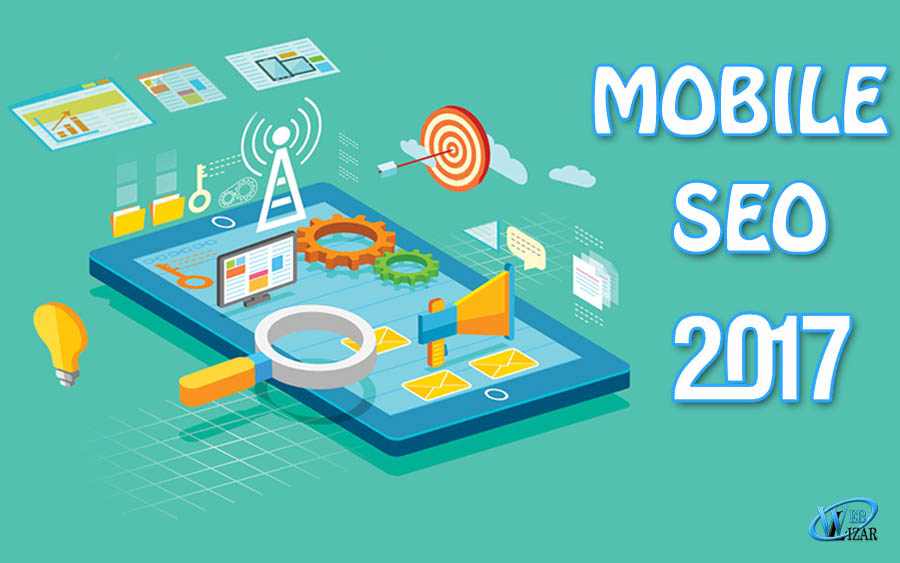 After so many years of technological advancement and growth, mobile devices are the biggest source to direct major part of traffic to your website, and their influence is only going to expand further and further. That’s exactly the reason for Google’s switch to mobile-first: to open new possibilities in the art of website optimization. To seize them, we need to answer one question first: How does one improve website rankings with mobile SEO?

There are a number of factors which make your mobile website rank higher (or lower) in Google, and they can be safely divided into three major groups: technical, user experience and content. There’s an additional group for a few other factors that can’t be included into the previous three but still, deserve mention. To help you get better acquainted with them, we have composed this list below that describes the most important mobile ranking factors.

Everyone likes fast-loading websites. They are a treat regardless of what device you use to surf the net. However, users tend to show less patience than usual with handheld platforms.

According to a Mobile Ranking Factors study by Searchmetrics, the average loading time in the mobile top 10 is 1.10 seconds, and being only a tad slower (1.17 seconds on average) sends you further down in the top 30. The line separating successful sites from the poorly optimized ones is shockingly thin, wouldn’t you agree? By the way, if the site doesn’t load in 3 seconds, mobile users just close the browser’s tab.

AMP’s secret is being light on their HTML and CSS code. It makes pages easily pre-renderable and cacheable for browsers, and as a result, they load 30 times faster than regular pages – basically, almost as soon as you click on the link. Thanks to this neat ability, AMPs have a positive effect not only on rankings but on click-through rates as well. No wonder they show up in almost every Google search result: after all, they offer the best of the best user experience.

Perhaps this issue will be addressed later in the future, but for now, most mobile browsers don’t support Flash content and thus can’t display it. Which is why it’s best to have none on your mobile site. Otherwise, not only can users not see what you wanted to show them, but you also risk a penalty from Google for hidden content.

This goes without saying. A webmaster who allows errors and bugs on their site has no respect for themselves, their work or their users. This isn’t even a matter of ranking high in search results… though of course, that’s also a factor to consider.

If your site has issues that need fixing, users are most likely to run into errors such as faulty redirects leading to the site’s desktop version and non-existing pages (good old 404 errors). Small problems can turn exploring your website into one big problem, so don’t take too long dealing with them. And big problems that are already there demand even swifter action.

Who would’ve thought that something as ordinary and common as a list of whatever things could affect your site in a positive way?

Google seems to reward mobile sites for having unordered lists even more generously than desktop sites. This is not surprising because a neatly organized list is easy to scan. However, rankings begin to fall when the lists have too many elements in them. Because a small screen can display only so much at a time, the golden number of bullets for mobile devices is 9.

A picture is worth a thousand words. This old saying holds water in web design, as well.

Apart from being aesthetically pleasing to the human eye, images are also easier to perceive and leave a stronger impression on the viewer than raw text. It’s not surprising at all that visual media are an integral part of creating an enjoyable site. However, one must not forget how abundant content affects the site’s loading speed. Optimize your images to reduce their dimensions and file size and avoid using too many. On average, a single mobile page has 4images.

Pop-ups are the most hated enemy of all Internet users, desktop, and mobile. They can be shameless enough on a PC even when they ask for something as innocent as your subscription – now imagine the same on a mobile device. It’s much smaller screen makes it a lot easier to obstruct a site’s content with a single annoying pop-up form. Google knows this, and so they have rolled out an update that will smack the more selfish website owners with a good penalty in rankings. The algorithm still needs some work, but I hope you know better than to underestimate Google.

If you’ve ever tried opening a desktop site on a handheld device, you probably had trouble reading its contents. That’s to be expected when a page made for your standard PC display is shrunk to a mere 540×960 pixels. For that reason, the logical solution is to use large (recommended value is 16 pt.) font on your pages – at least above the fold. That’s where the page’s headline is placed, and that’s where it must serve its purpose to get the visitors invested in the content below.

Do you use interactive elements on your sites, like buttons or checkboxes? They shouldn’t be so small that the user’s finger has trouble pressing on them. Imagine the frustration from trying to hit a pixel on a screen and missing ten times in a row. What do you think will happen to your conversion rates if visitors can’t fulfill their goal on your site?

Missing isn’t the worst-case scenario, though; it could get much more dramatic. If small elements are placed next to each other, the user might press the wrong one and end up posting his or her credit card information online for all to see! A bit extreme, but for an example, it brings the point across nicely.

Mobile pages tend to have around 75% fewer links on them than desktop pages. This is due to the limitations placed on their size and content in order to improve UX. In a similar manner to other interactive elements, avoid placing the links too close to each other, as it’s too easy for a human digit to slip.

Keywords and Related Phrases in the Body – GOOD

While keywords are still important, no web page is free from the risk of being over-optimized. SEO is like chocolate: too much can and will poison you! This works with keyword presence in your content, too.

And the rule of thumb is simple. The longer the text, the more keywords, and related terms it’s likely to have naturally. But mobile sites normally have shorter texts, so it would be strange for them to have as many keywords and phrases. Avoid over-optimization and keep it natural for a number of words you have.

Internet marketing is a dog-eat-dog kind of world. Even after doing your SEO perfectly, you can still trip over your own two feet and fall face down in the dirt.

If you know how backlinks work and what kind of advantage they provide, it should be easy to see how this could work against you. If you are aiming to rank higher for certain keywords, don’t help other websites rank for them by putting your keywords into the anchor text that links out to them. Google might interpret an outbound link with a valuable keyword in it as indicating a source that is more relevant to the page’s topic than your own site.

While desktop sites remain ahead of mobile ones in terms of how many words per page they use, the mobile sites’ word count appears to be growing little by little. Curiously, a higher number of words places you further away from the top position in rankings, but URLs ranked worse than the top 10 have roughly the same text length as in the top 3.

Setting aside the confusing statistics, you should try to make your content rich by the mobile screen’s standards rather than the desktop’s. Between 700 and 1000 words is plenty.

Rich social engagement provides a ranking boost for a site regardless of the platform. Users browse social networks on mobile, too. There’s no reason why you shouldn’t use this to your advantage.

An average user spends about 30 minutes a day on Facebook alone. Over 77% of all content shared via mobile goes through messaging apps like Facebook Messenger and WhatsApp, making them an excellent platform for attracting visitors (through means such as newsletters, invitations or ad targeting). Don’t forget that social media’s primary purpose is communication, and communication equals feedback! You won’t find it in such abundance anywhere else.

Local SEO is essential for every business with a brick-and-mortar location. Mobile devices can be taken anywhere with ease and thus are more often used for finding places (including places to shop). Putting these two facts together, mobile SEO will give your business an even stronger presence on the Web.

But you may get discouraged if you try to research the conversions. According to data from Q4 2016, desktop websites got a 26% cart conversion rate, while smartphones brought only 16%! What gives? Well, there’s a really simple explanation: it’s because the shoppers prefer to make purchases on a larger screen. They use a mobile device to find what they want and then switch to a desktop machine to enter payment information.

See how important it is to have a site tailored for each type of platform?

“Google might interpret an outbound link with a valuable keyword in it as indicating a source that is more relevant to the page’s topic than your own site.”

Hmm… I can see how this might be true, but I’m not sure that it is. I haven’t exactly studied this extensively but from my limited testing I’ve found that having your keyword in anchor text on the page actually helps SEO to some degree. I know it doesn’t really make sense – you’d think that it’d just rank whatever you linked to higher than the page that’s linking to it. But like I said that’s just what I’ve found from the little testing I’ve done.