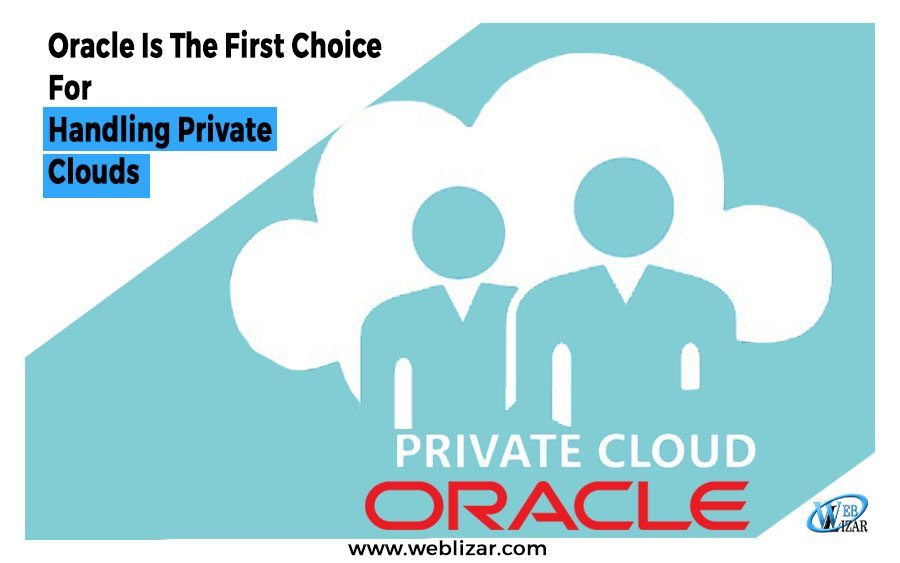 Oracle Is The First Choice For Handling Private Clouds

Why is Oracle the first choice of all DBA consultant services handling private clouds?

What are the joint kings of relational database management system (RDBMS)? Although we have heard of Microsoft Access, MySQL and Sybase from time to time, it is always either Oracle or MS SQL Server at the top of every professional DBA’s RDBMS list. There are quite a few similarities between the two of them, but the differences will decide who emerges as the king of all RDBMS.

When starting out on a quest for a cloud storage for your service, it is really easy to get the funding. Choosing the right RDBMS service for your company is the difficult part. There are quite a few reasons why most companies choose Oracle for their private cloud instead of MS SQL Server, and here are the main differences between the two that will help you make that decision today –

How you say it, always matters –

We have always heard people say, “it’s not what you say, but how you say it”. And today we can say that is absolutely true when it comes to RDBMS. Both Oracle and MS SQL Server use Structured Query Language, but MY SQL Server uses Transact SQL or T-SQL. This is an extension of SQL that was developed by Sybase. This was originally used by Microsoft as well. Oracle uses PL/SQL or Procedural Language/SQL. These are both different “dialects” of SQL that can be found on the market.

If you have worked with these languages, you must have already noticed how differently they handle variables, stored products, and built-in functions. Many DBA consultant services take their pick of RDBMS based on the languages used. A senior DBA should know the basic working principles of the two “dialects” used by the competing RDBMS.

PL/SQL is capable of grouping procedures together in different packages that cannot be done in any MS SQL Server. T-SQL is much simpler and is ideal for RDBMS beginners. If you are entrusted with a bigger and more complicated database that runs a lot of complex queries each day you should go with Oracle. PL/SQL is more powerful and is ideal for big data since each error can be encountered in real-time and dealt with. You do not have to undo an entire chunk of queries just to eliminate one error from your company database.

Let us say, transactions are a group of operations that can be treated as a single unit. In that case, the biggest difference between MS SQL Server and Oracle is the way they control their transactions.

Take for example; there is a group of queries for modifying records that have to be updated at once. A failure to update a single record in this set will fail to update any file at all. In such a scenario, MS SQL Server will execute and commit each task individually. Therefore, if there is a change, it will be impossible to undo the task and check the errors along the way. A BEGIN TRANSACTION command is usually used at the beginning of the query. Then a COMMIT command is used at the end. This will write all changed data to the disk. If you can include a ROLLBACK command, it will enable you to go back and check for errors. This is ideal for all error handling inside an MS SQL Server database. However, after you have issued a COMMIT command it is impossible to roll back beyond that.

Within an oracle database, each DB connection is a new transaction. In such a case, no changes are committed unless an explicit COMMIT command is issued by the DBA. All changes are registered in memory only. A few exceptions reside with the DDL commands, which are usually “implicit” and are always committed simultaneously. After the execution of COMMIT, there is usually, a new command that begins a new transaction and the process begins all over again. It is much easier to monitor, detect and correct errors in an Oracle database. The exclusive nature of each command set makes it possible for the transactions to be more flexible. Complete controls lie with the DBA in the case of Oracle error control.

This is the main point of difference between the two systems. Each RDBMS has its own logic for the organization of database objects but MS SQL Server organizes tables, procedures, and views by database names. Anyone can become a user by getting a login authentication detail from the DBA. In the case of MS SQL Servers, every database has a private unshared disk file on their server.

In the case of Oracle, all database objects are classified according to schemas. Very simplistically speaking, these are subsets of the collection of database objects. All database objects are usually common between all schemas and users of that database. The access of a user depends on the roles and permissions issued by the DBA. Database content is highly compartmentalized and every level requires an authentication. Therefore, the authentication details of a user determine the limit of his access the Oracle database.

As we can understand, both Oracle and MS SQL Server are wonderful and powerful RDBMS options. There are quite a few differences as to how they perform the queries and how they monitor security. However, one this is for certain – they are roughly equivalent in their capabilities today.Oracle beats MS SQL Server by a narrow margin by virtue of its simplicity and increased functionality. Oracle also has better error control. Thereby making Oracle best suited for all big data corps and IT companies who need an updated database for daily functioning.